UP NEXT IN THE BLACK BOX

Theatre in the Park INDOOR Presents

THIS PRODUCTION HAS BEEN POSTPONED. 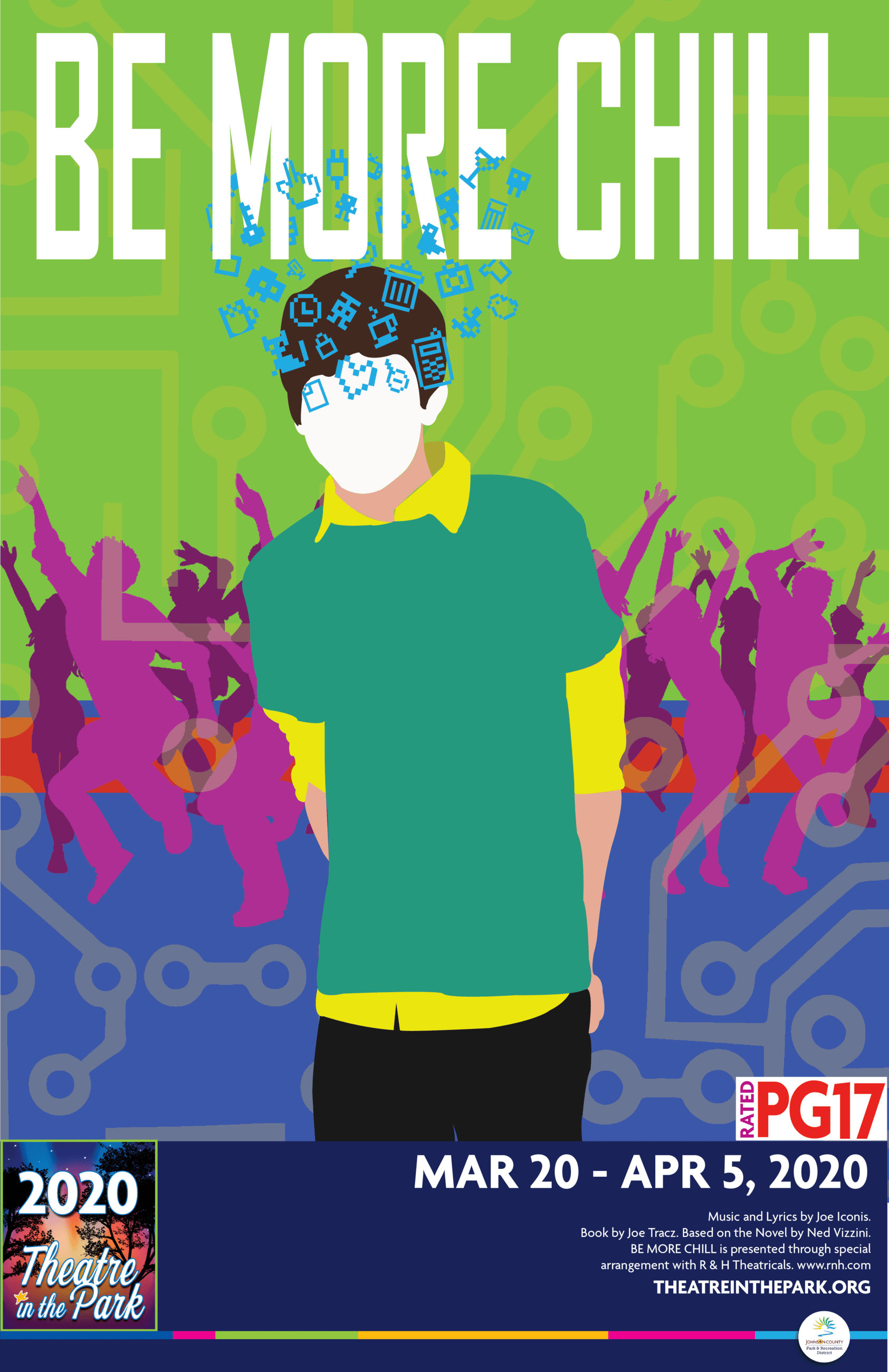 Directed and Choreographed by Kacy Christensen
Be More Chill is an explosive, teen driven musical about the lengths we go to attempting to fit in.
Jeremy Heere is a high school loser who wants to impress his crush and become popular. When he learns about SQUIP (super quantum unit Intel processor), a computer in a pill that can tell its user how to act, he immediately takes one. As his personality begins to change, Jeremy unwittingly starts a domino effect turning his life into utter mayhem.
Be More Chill opened on Broadway to great acclaim on February 13th, 2019 running for 177 performances and earning multiple Drama Desk nominations and a Tony Award nomination before closing on August, 11th 2019.

Be More Chill runs approximately 2.5 hours with one 15 minute intermission.