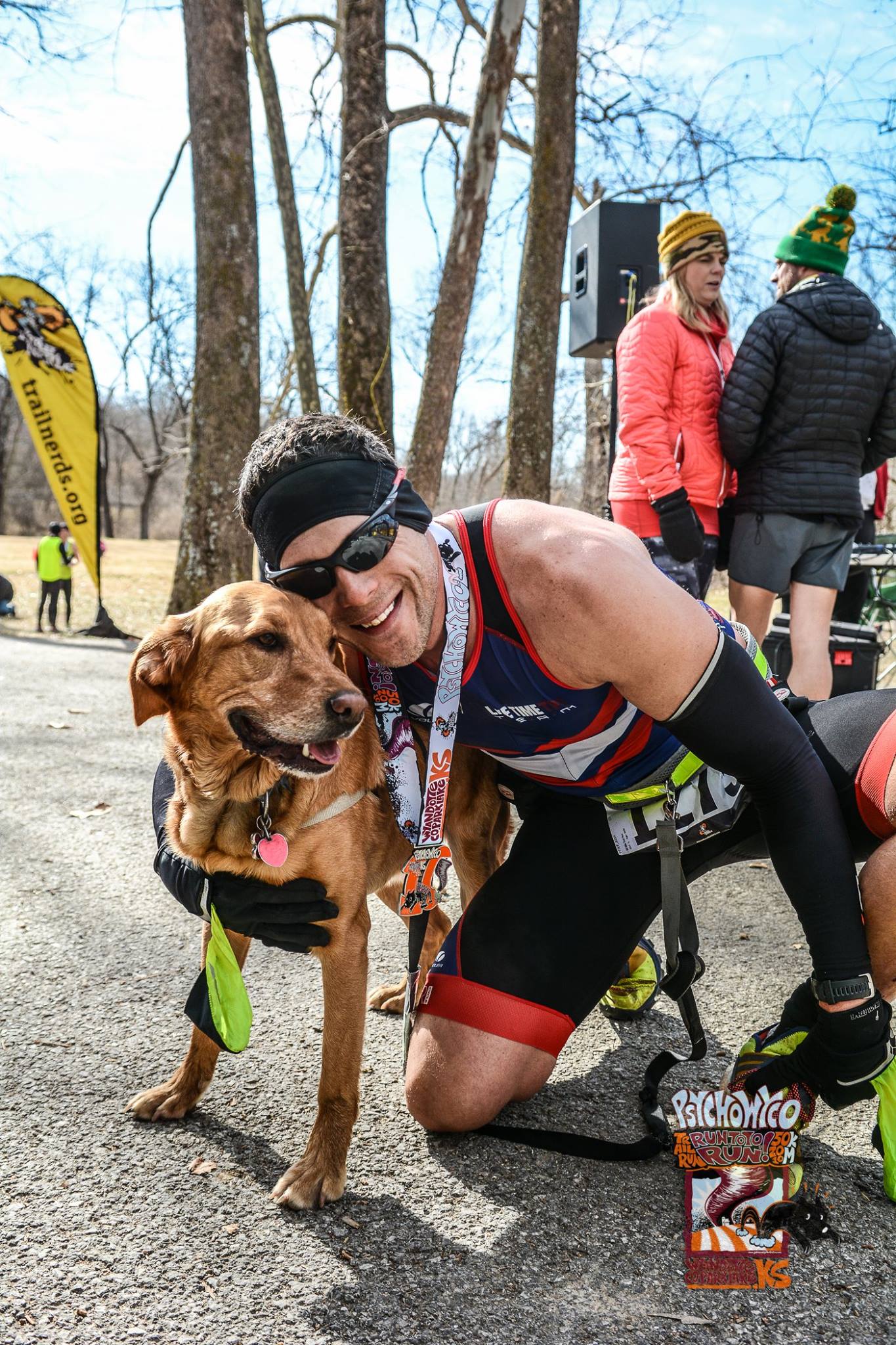 idn’t grow up in endurance sports, or playing any sport for that matter. In fact he didn’t do anything until college when he decided on a whim that he wanted to run a marathon in 2003. Immediately hooked on endurance sports, he bought a road bike and raced road in USAC until 2005 when a friend of him suggested, “Hey Josh, you should do a triathlon.” That sentence literally changed his life. 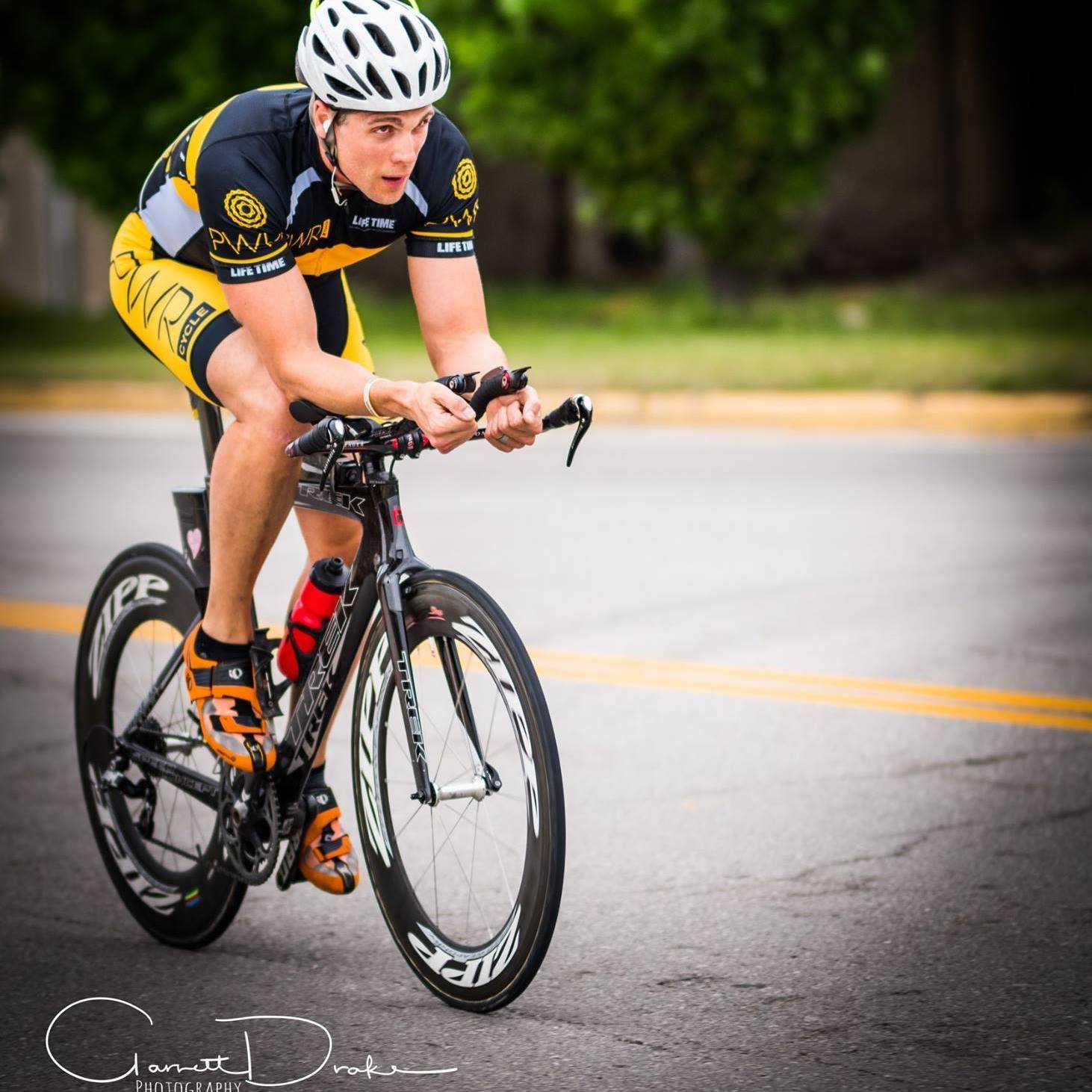 Since then, Josh has turned his passion into a career. He has worked at several gyms, taught Anatomy and Physiology and associated classes at a Vo-Tech school, and even owned his own triathlon coaching business.  Now he is the Regional Endurance Training Coordinator at Lifetime.
His true desire is to help people change their lives, achieve their dreams and redefine what they think is possible through endurance sports. He has worked with over 500 athletes ranging from super sprint newbies to those vying for a Kona slot. Josh likes to bring a science-based, reasonable and personalized approach to training.

Adrienne has been participating in triathlons since 2011. After a motor vehicle accident left her with multiple spinal injuries and substantial weight gain, she realized she needed to push the limits and feel alive again. At a whopping 315lbs, she rand 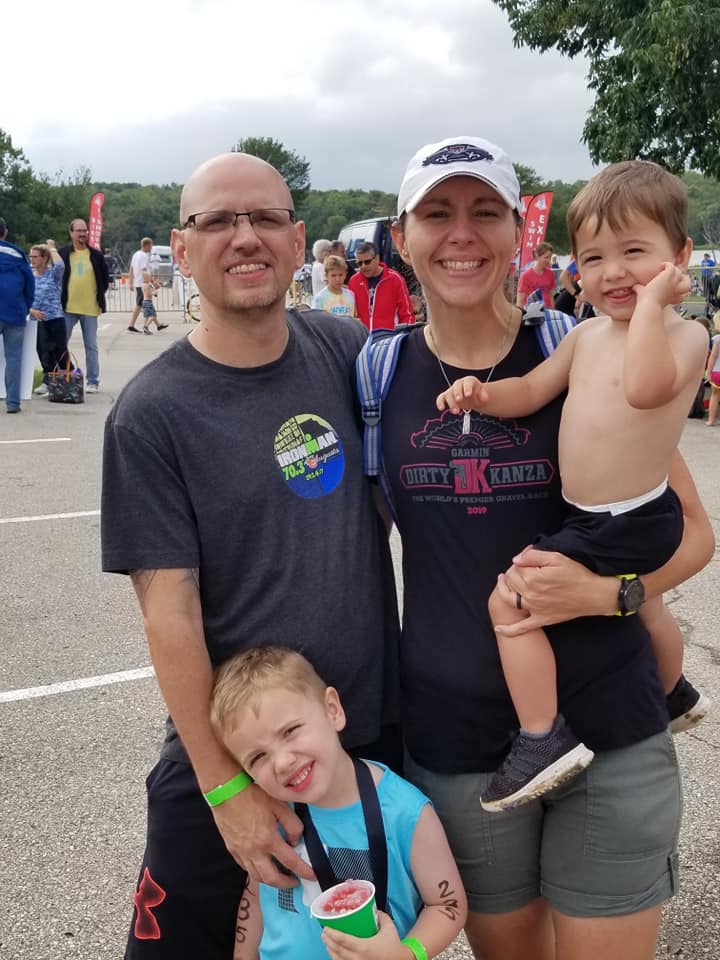 omly turned the television to the Ironman World Championship where the stories inspired her to look into triathlons. Triathlon was something very far out of her comfort zone because she was a successful “thrower” (shot and disc) in high school, never an endurance athlete. Adrienne embarked on her triathlon journey in 2010 and finished her first triathlon at 280lbs in 2011. Thereafter as a registered nurse, she focused on health promotion with her patients and eventually decided to reach more people by obtaining her Masters in Exercise Science, ACSM Personal Training Certification, and USA Triathlon Level 1 Coaching Certificate. Adrienne wishes to change the stigma that in order to do endurance sports you have to be extremely fit, when in actuality, you just have to “start”.

Adrienne’s passion is to motivate, inspire, and support people who wish to get out of their everyday routine and into something that will push their limits. She has a special love for the “back of the pack” athletes and partially because she is one herself.  Adrienne continues that passion by helping coach an all-women triathlon clinic at Longview Lake each summer called KC Women Tri and most recently, developed a triathlon club in Eastern Jackson County called KC3 Tri Club. Adrienne loves to see individuals con 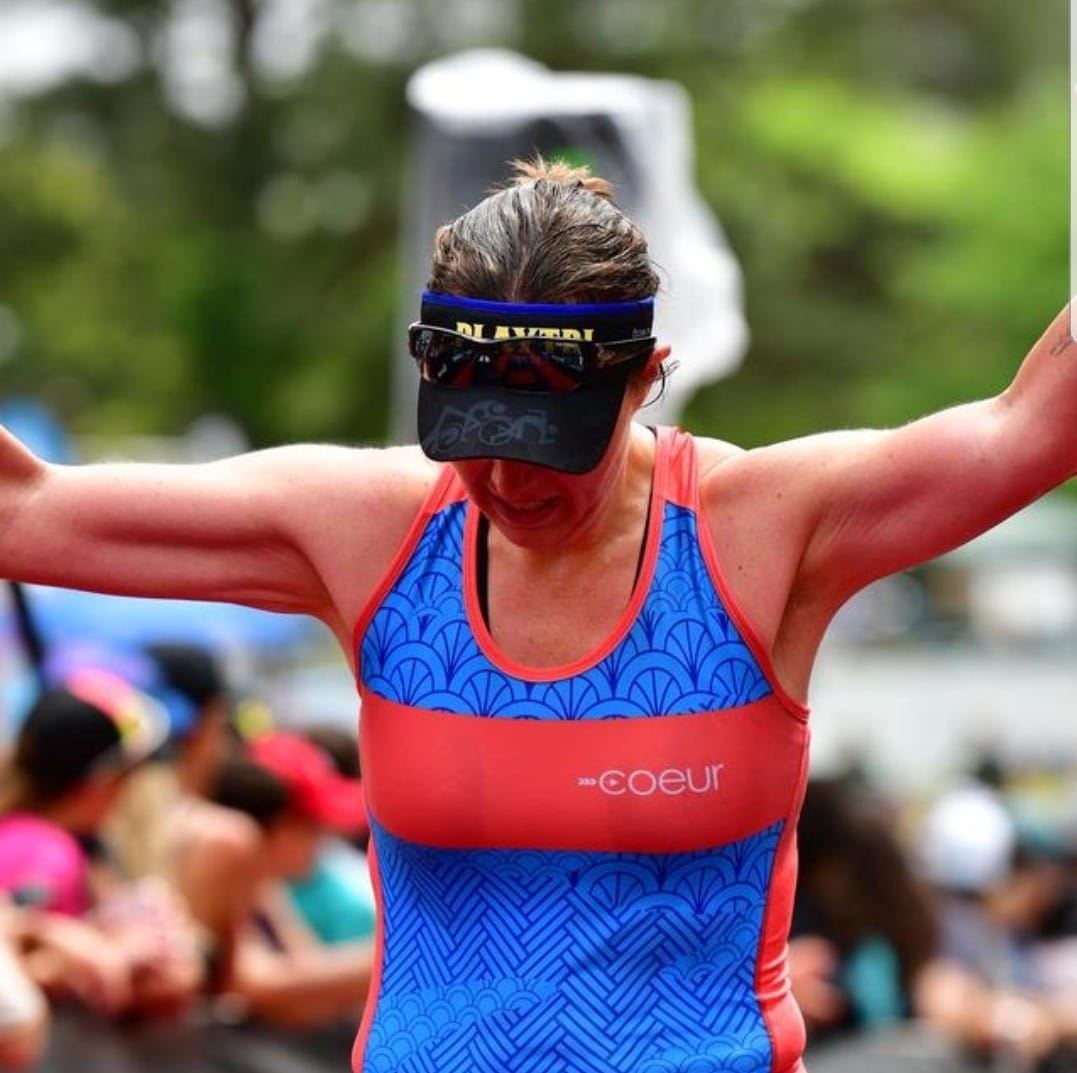 quer their goals, empower themselves and each other, and push themselves each week.

Adrienne recently joined the gravel bike racing world, joining the Dirty Femmes, and continuing to get out of her comfort zone. She is training for 70.3 Des Moines, gravel races Land Run 100 and Dirty Kanza 100 (if gets in via lotto), and 144.6 Chattanooga. Adrienne’s hope is to inspire her two sons, Brett (4) and Caleb (2), that they can achieve anything they set their minds to and to be fearless. 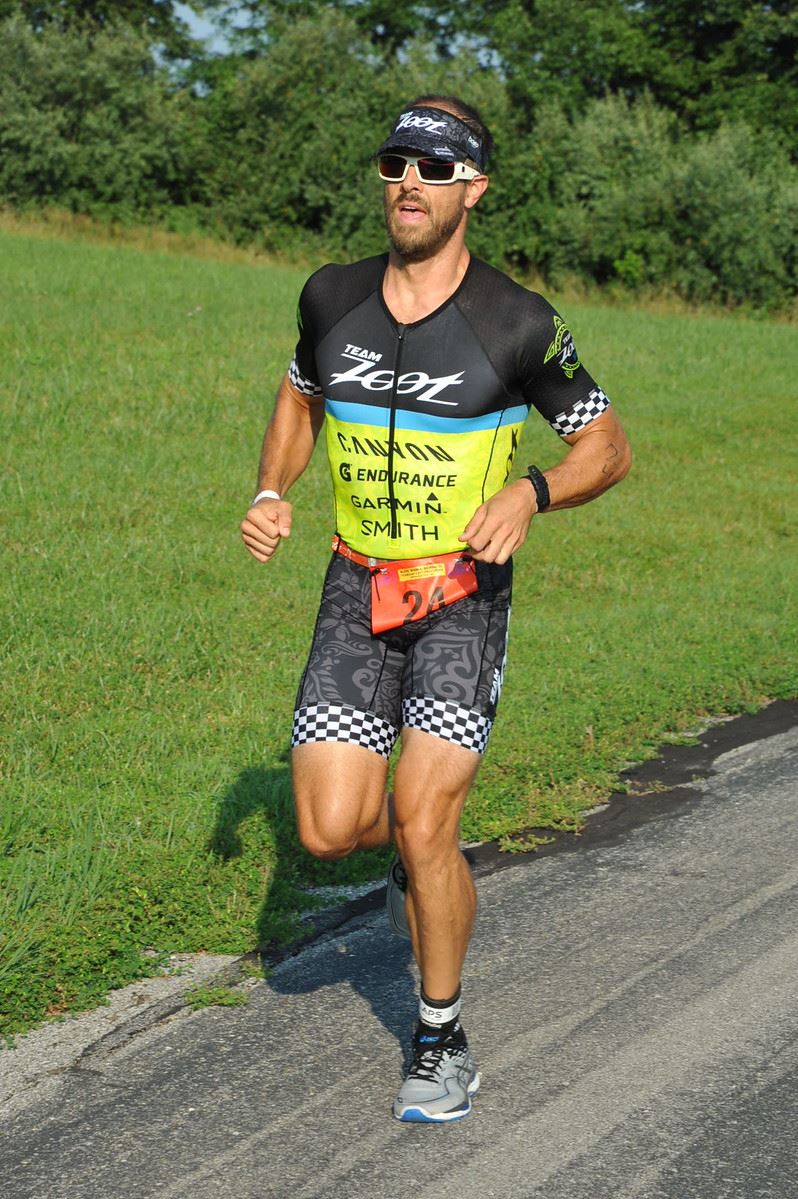 Ryan is Kansas City native, raised in Olathe, Kansas, and attended the University of Kansas for college (Rock Chalk Jayhawk!) where he obtained two degrees in engineering.

Around 2001, Ryan started running distances from 5Ks up to half marathons. He had always worked out with weight training, running and mountain biking since high school football. Mountain biking and running lead him to running off-road duathlons and a few mountain bike races in 2002. In 2003, Ryan signed up for the Heritage Park duathlon, not realizing that he would need a road bike, which he did not own at the time. Ryan borrowed someone’s steel road bike and placed 2nd in his age group. In 2004, he ran his first triathlon and became hooked on the multisport lifestyle leading to his 13 half IRONMAN finishes and 7 full IRONMAN finishes and 100+ endurance events. 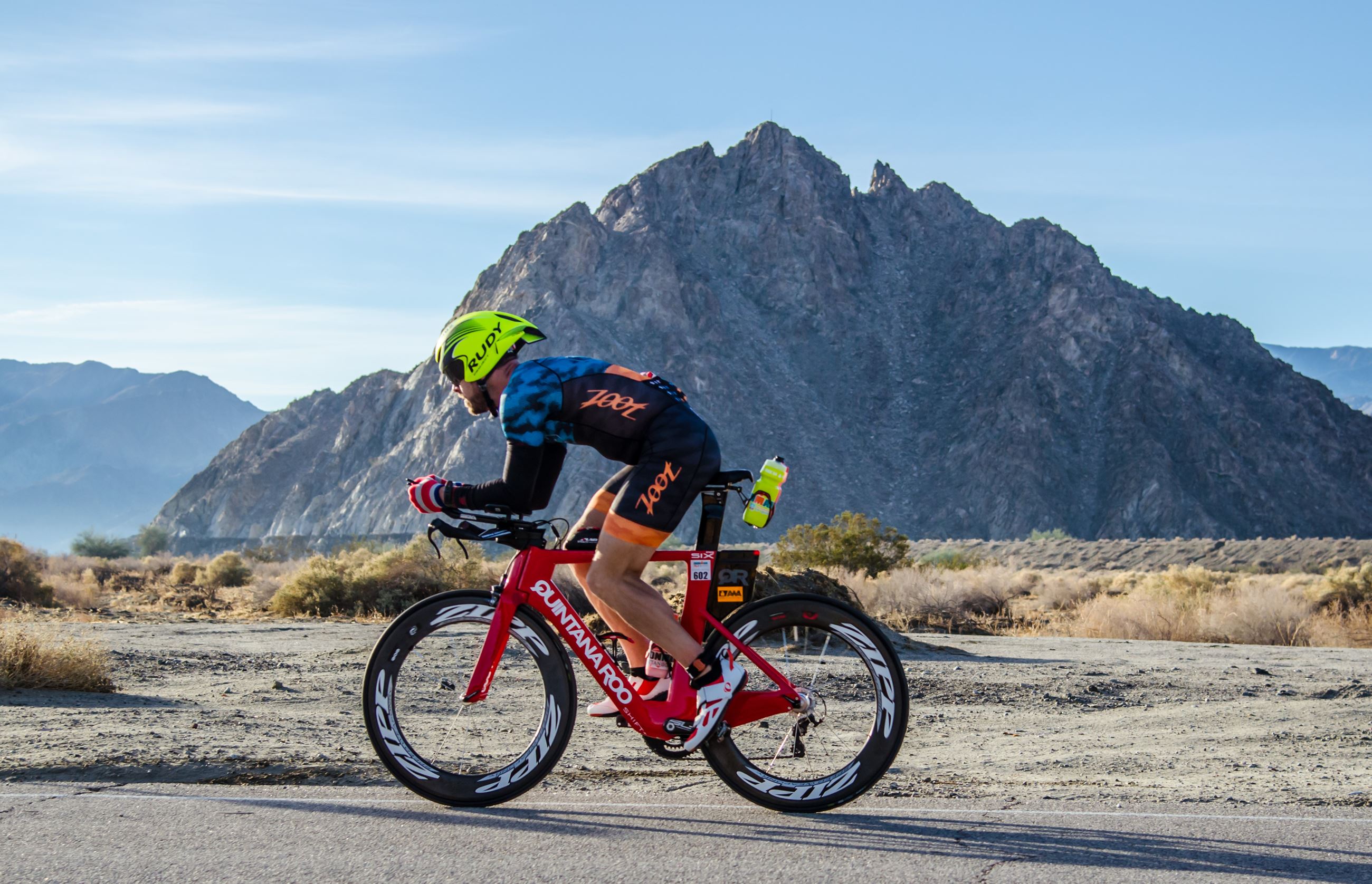 ed the USAT Level 1 Triathlon Coaching Certification and in 2016 received the IRONMAN University Certified Coaching certificate.  He also runs the coaching business, Set The Pace Triathlon.  He currently resides in Olathe with his wife, three children, rescue dog, rescue cat and a hedgehog. 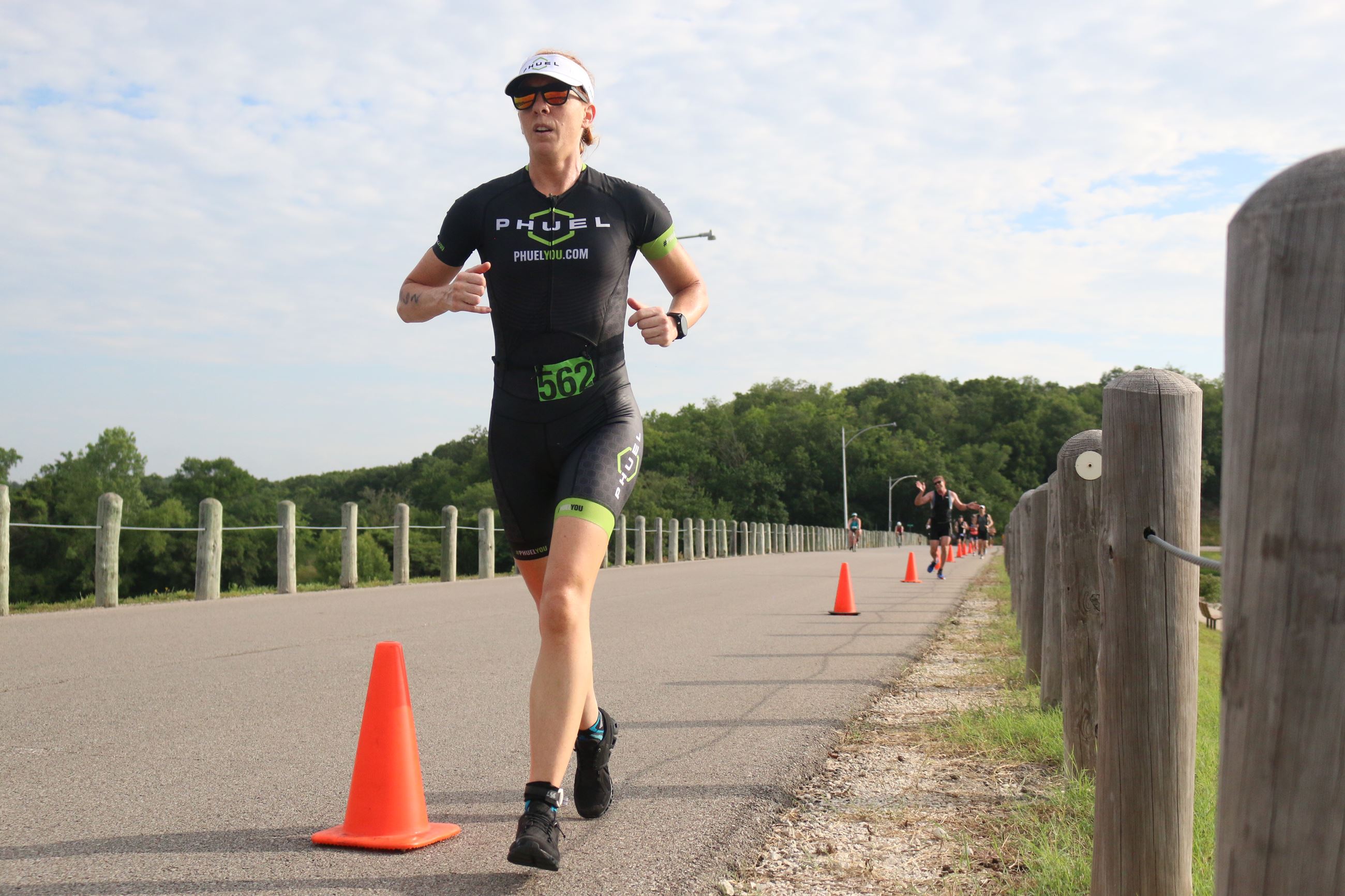 been participating in triathlon events for over 10 years, and has competed in every distance of the event. She was an NCAA Div 1 rower for KU, and then several years after graduating found triathlon by chance. She was working at a company with a corporate gym, taking boot camp classes and getting back into shape. The instructor (who was also the coordinator for the KC Corporate Challenge) asked if she knew how to swim. Curious, Kalletta said "well a little from when I was much younger", and the coordinator said "Good! I signed you up for the KCCC triathlon!" No bike, no gear, barely able to swim, but willing to give it a try! The even was cancelled due to weath 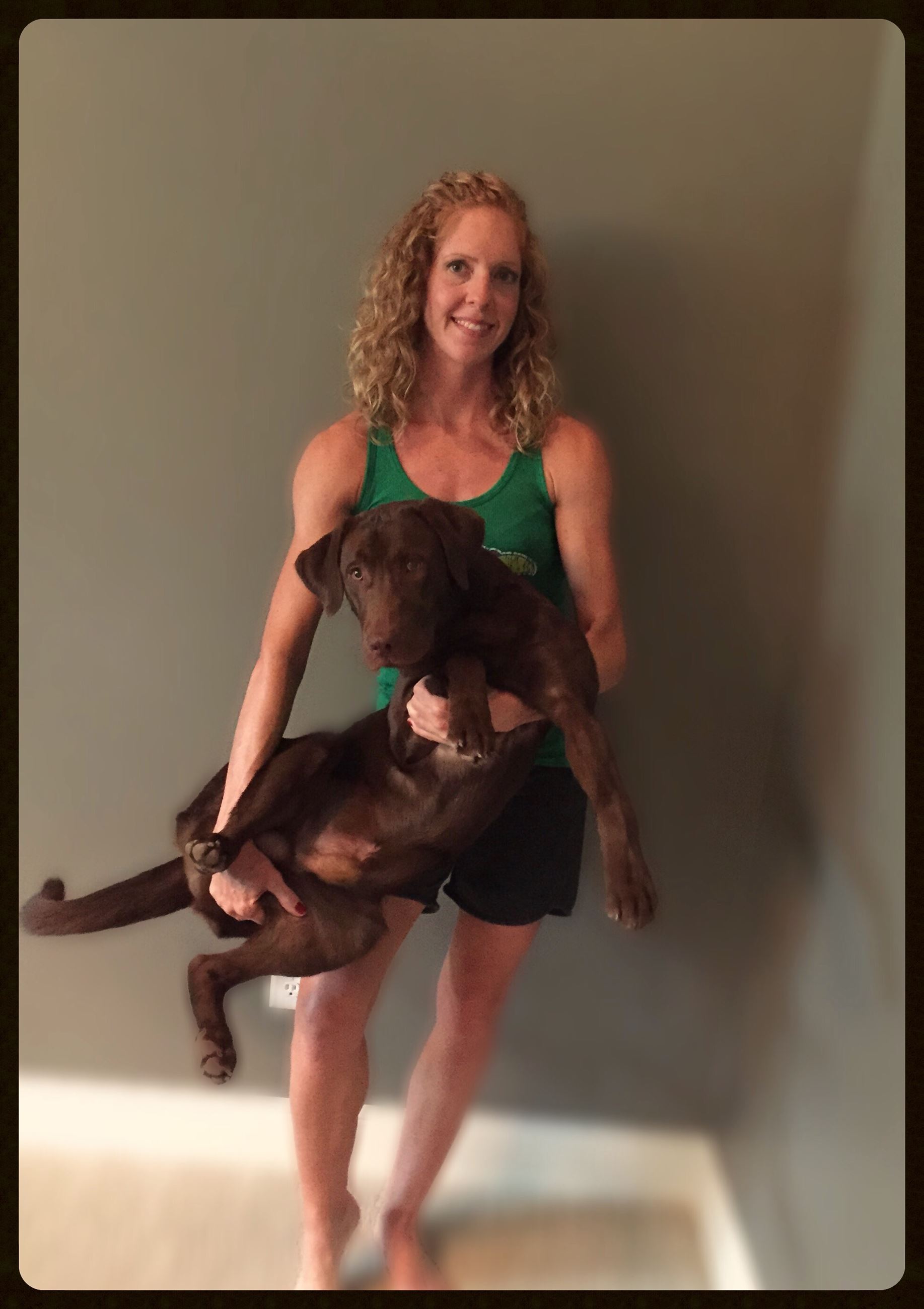 er, but Kalletta decided to sign up for SMP sprint triathlon a few weeks later.....and had a blast! Not only does Kalletta enjoy triathlon, she also loves to trail run and to mountain bike, and plans to try Xterra events. She also loves to give back to the community - she has coached a new triathlete clinic, has served on planning committees for local triathlons, and is a pacer for local running events. Her favorite advice to anyone, especially new triathletes, is "Don't forget to have fun out there!" 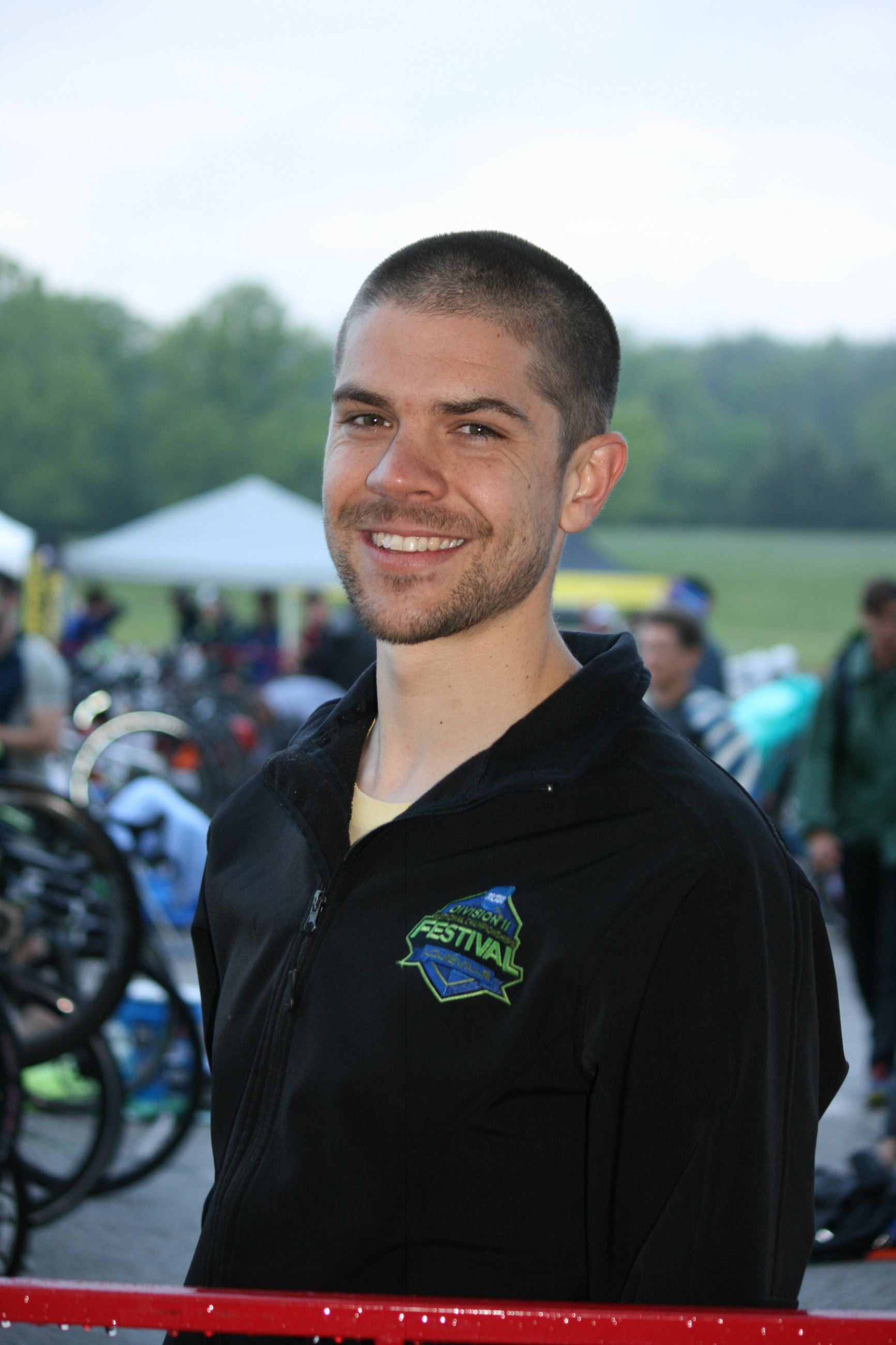 has lived in Lee’s Summit, MO his entire life.  He grew up playing nearly all sports before focusing on soccer and running. He decided to run cross country and track at the University of Central Missouri in Warrensburg, MO where he specialized in the 3000-meter steeplechase. It was during the summer of his sophomore year in college when he decided to try a triathlon. He bought a road bike and raced a week later having ridden it only one time. He was hooked! The jello like feeling in his legs when going from biking to running was (and still is) addictive. Every year in college, he wo 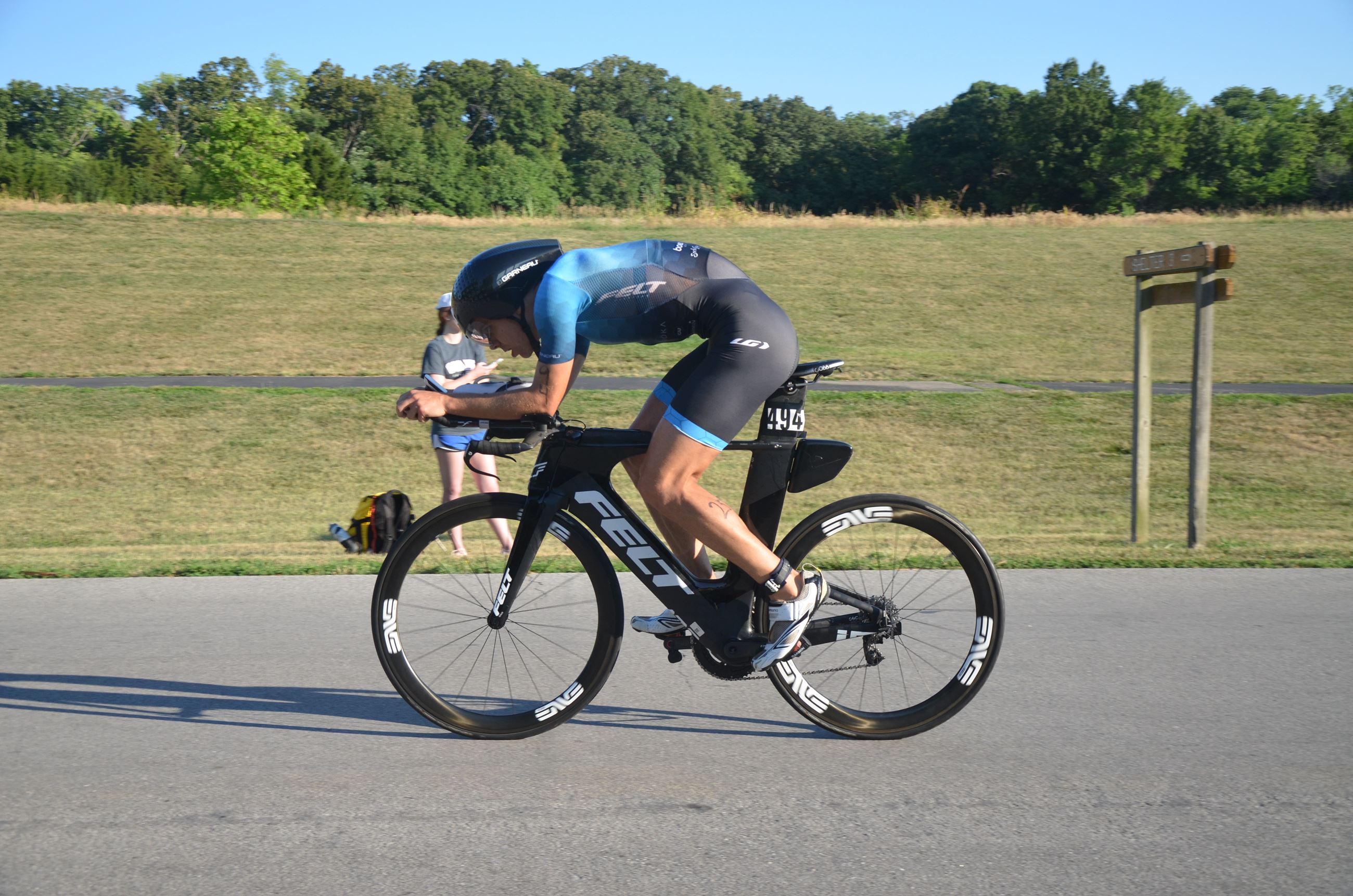 uld race one triathlon during the summer, the Shawnee Mission Triathlon. After graduating in 2012, he made the switch from a runner to a triathlete and haven’t looked back since.

Kevin is a financial analyst at Black & Veatch and is also a triathlete on Team Every Man Jack. 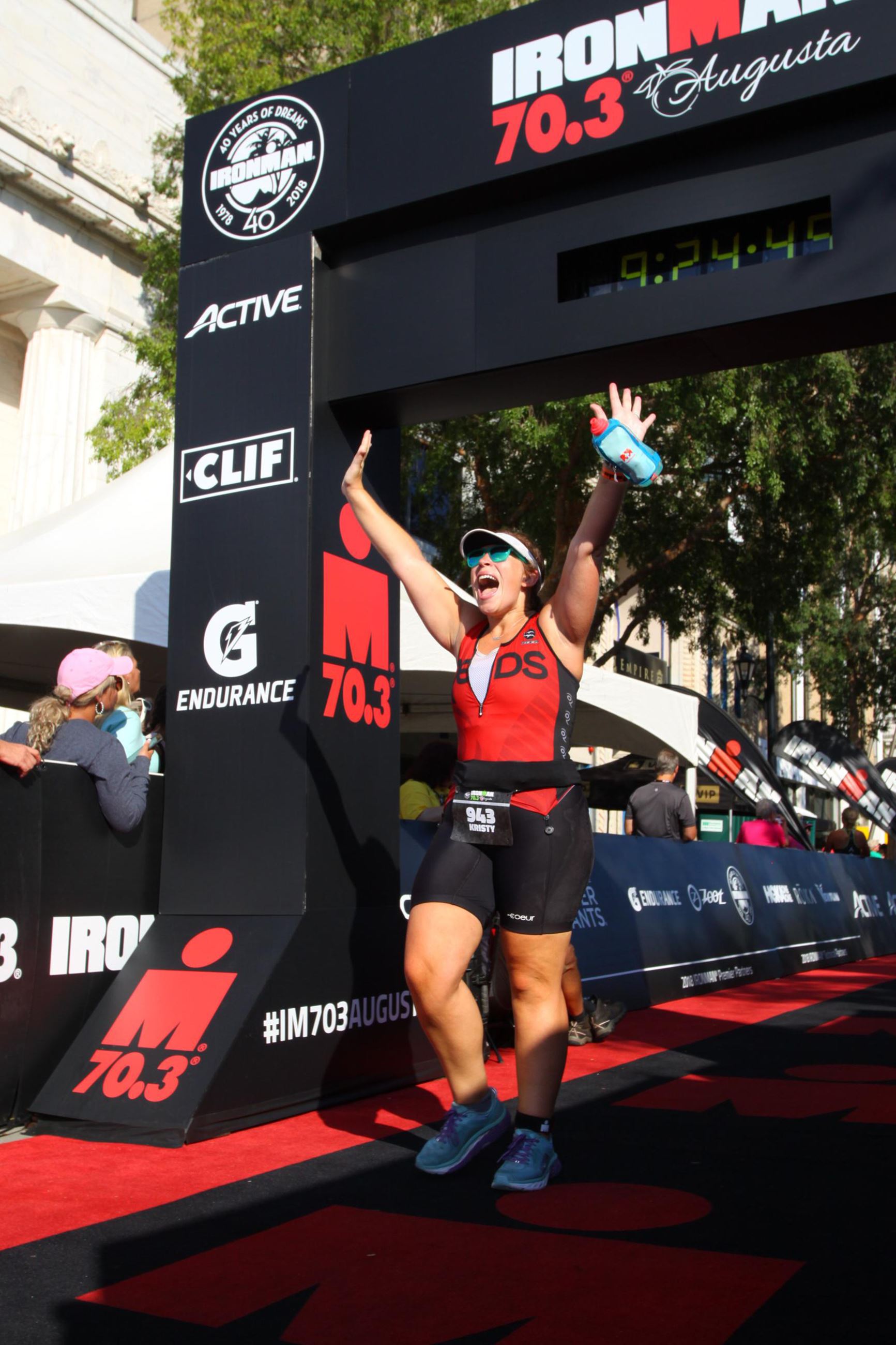 After (mildly) training for and completing a half marathon in 2013 Kristy (quasi) swore she'd never do one again. In an effort to find something to keep her active and working towards something, she decided she would try a triathlon since it was way less running than a half. That next summer she borrowed all the gear needed in case she had similar feelings about triathlons as half marathons. She had never swam for exercise before, had never biked outside childhood or spin class and well, you know what her feelings were on running. Kristy was never an athlete (unless you count the 8th grade B volleyball team she was on because there were no cuts...).

After (legitimately) training all summer with a good friend, meeting so many inspiring people and crossing that finish line, her feelings were the exact opposite of that half marathon finish line. She felt like she found her thing and for the first time in her life, was an athlete. Over the past five years she's become equipped with her own gear and has completed over a dozen triathlons including Ironman Augusta 70.3 (which included a half marathon)! 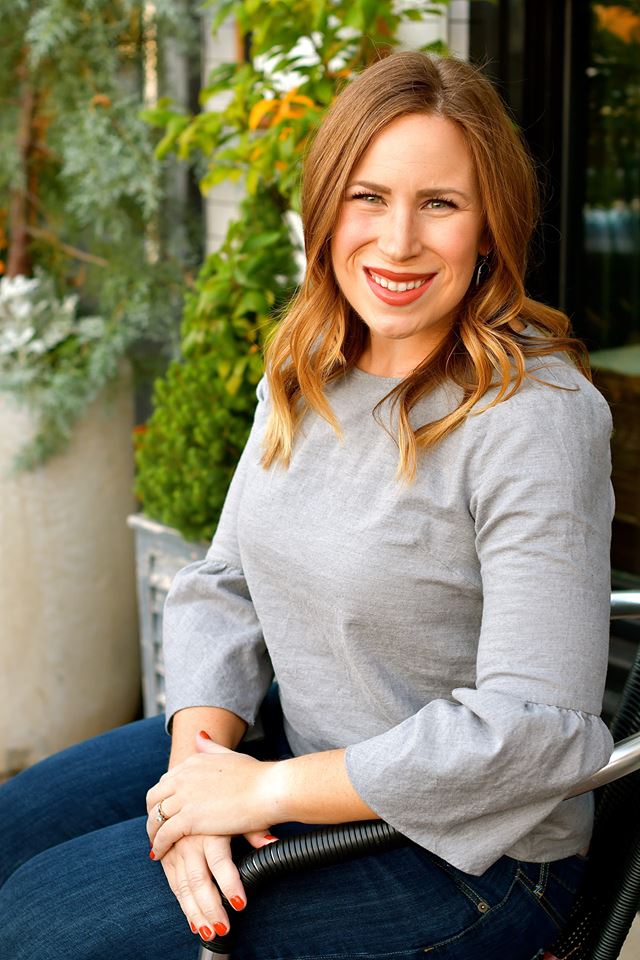 member of the Reds Triathlon Team, volunteer coaches at KC Women Tri, volunteers with Girls on the Run Kansas City, and is the Special Events Manager for CCVI (Children's Center for the Visually Impaired) putting on the annual Trolley Run! In addition to the Shawnee Mission Triathlon she'll be racing Des Moines 70.3 and Chattanooga 144.6 - her first full distance Ironman!

Ultimately, Kristy wants to encourage and support others as they venture into the multi/endurance sport world and discover the athlete within themselves!