All of the 476 square miles that are now Johnson County were once part of the Shawnee Indian reservation. The territory was opened to white settlement with the passing of the Kansas-Nebraska Act of 1854. At that time the area was crisscrossed by a number of major westward migration routes including the Ft. Leavenworth Military, the Santa Fe and Oregon-California trails.

Johnson County was created on August 25, 1855 by the Kansas Territorial Legislature. One of the first 33 counties in the state, it was named for the Reverend Thomas Johnson, founder of the Shawnee Methodist Mission.

By the time Johnson County was organized, a number of communities already were

established including the towns of Olathe, Spring Hill, Gardner, De Soto, and Gum Springs (present-day Shawnee). By 1870, when the railroad came to the area, there were 13,000 people residing in the county. The population remained relatively stable and the economy agriculturally based until the 1910s when early suburban developments began popping up in northeast Johnson County. With its close proximity to the newly industrialized Kansas City, Missouri, innovative community developers – such as William B. Strang and J.C. Nichols – saw new potential. More and more families were lured from established Kansas City neighborhoods into these new suburban developments in formerly rural areas of Johnson County. Transportation played a key role in the county’s suburban development. Two interurban rail lines helped to accelerate the growth. In 1904, W.B. Strang began construction of an electric railroad. It passed through his newly platted community of Overland Park, the established town of Lenexa, and ended at the county seat of Olathe. A second interurban railroad, the Hocker Grove Line, was constructed south and west through Merriam and Shawnee. Both the Hocker Grove and Strang companies served as real estate development ventures, their owners platting new subdivisions along their lines.
Between 1910 and 1940, the population of the county grew from 18,288 to 33,327. Most of this growth was confined to the extreme northeast corner and the corridors created by road systems and the electric railroads. The rural, agricultural communities in the western and southern parts of the county remained largely as they had throughout the 19th century.
Significant change began to occur with the onset of World War II. Two major facilities were constructed in the 1940s to serve the war effort and Johnson County’s landscape was forever changed. The Olathe Naval Air Station, charged with training pilots and serving as a supply center, opened in 1942 on 640-acres south of Olathe. The Sunflower Ordnance Works opened the same year on roughly 10,000 acres south of De Soto. The mammoth plant drew workers from a 100-radius in addition to laborers from 18 states. At its height in 1945, over 12,000 employees worked 24 hours a day making rocket propellant. In the decades following World War II, the county’s population exploded. By 1950, the number of county residents increased to 63,000. The decade of the 1960s saw the county’s population double again to 120,000. More houses were built between 1946 and 1951 than had been completed during the previous 120 years. The most significant growth continued to be in communities located in the northeast section of the county – Prairie Village, Overland Park, Shawnee, Merriam, Roeland Park, Mission, and Leawood.

Along with the boom in residents came commercial and industrial growth--shopping centers, gas stations, warehouses, and office parks all followed the population away from the core city to less expensive, more accessible areas along new interstate highway routes. By 1965, 135 companies with nearly 4,000 employees were conducting business in the county and there were 102 manufacturing companies. The county’s first indoor shopping center, Metcalf South, broke ground in 1967 at 95th & Metcalf. By the mid-1970s, less than one third of suburban residents drove to a central city, or “downtown” with any regularity. 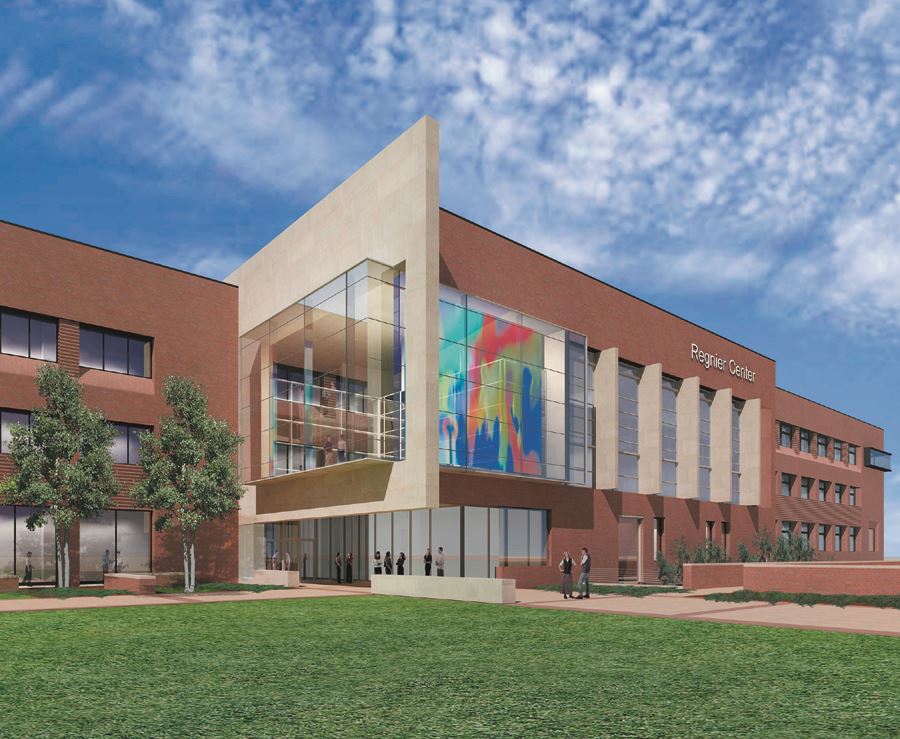 Johnson County’s status as the metropolitan leader in office development began with the developments along what was then 111th Street in southern Overland Park. College Boulevard’s namesake, Johnson County Community College, was the first to move to the corridor when its new campus opened in 1972. At the time, nearly 100 full-time faculty members were teaching 3,600 students, providing new opportunities for post-secondary education. In 1973, Black and Veatch moved its corporate headquarters to 115th and Lamar and Corporate Woods office park followed in 1975. The result has been a significant shift in employment patterns within the Kansas City metropolitan area. From 1970 to 1984 the number of people employed by businesses within the county increased by more than 200%. Once a bedroom community to Kansas City, Missouri, Johnson County now employs more than half its working residents and more workers travel into Johnson County than leave it each day for employment.
By 2005 the county’s population reached 510,000, and projections indicate it will exceed 630,000 by 2020. Recent growth has seen nearly 10,000 new residents choosing to live in the county each year. Future growth and development patterns are expected to the south, southwest and west.