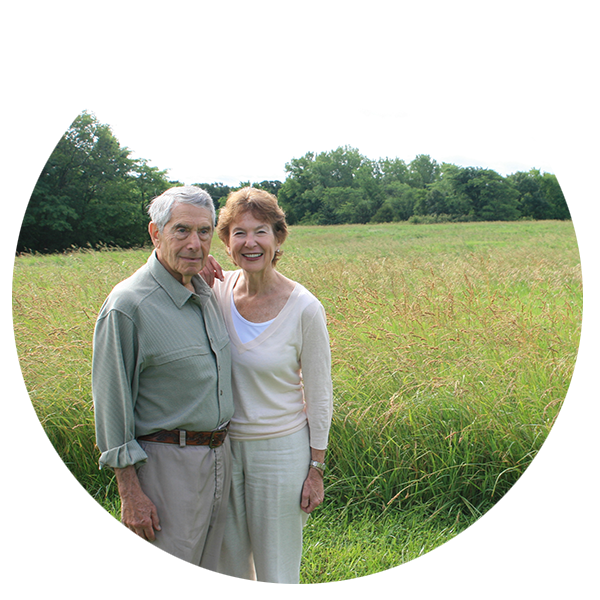 It is with sadness that the Johnson County Park and Recreation District notes the passing of a longtime advocate for preserving land in southeast Johnson County and beyond.

G. Kenneth Baum, who died on Tuesday, Nov. 9, was involved with JCPRD’s land conservation efforts for many years.

“Mr. Baum was a dear friend and supporter of JCPRD,” said JCPRD Executive Director Jeff Stewart. “His vision, leadership, and advocacy for conserving greenspace has and will continue to benefit the Johnson County community indefinitely.  We are in a better place because of Kenny and are committed to continuing his legacy.”

“Kenny Baum has been a force in the conservation of parks and greenspace in the state of Kansas and he left a mark on JCPRD by donating over 35 acres of land to this agency for future parks and trails,” added Superintendent of Parks and Golf Courses Bill Maasen. “This property will be enjoyed by future generations of park visitors and will be a part of his legacy. He was true visionary in conservation that will be missed.”

In the late 2000’s, Baum and his wife, Ann, donated a total of 38 acres, which will be used for the future Camp Branch Creek Streamway Park. During an appearance before the Johnson County Board of Park and Recreation Commissioners in 2008, Baum said the land involved in transaction was among the most environmentally sensitive in the county and contained one of the county’s last intact stream systems. The Baums also granted JCPRD conservation easements on an additional 35 acres, which will also allow the agency to preserve the natural assets of the land and build a trail.

Baum was instrumental in assisting JCPRD in acquiring Camp Branch Glade, a 60-acre park site which opened in 2014 and was dedicated in 2015, that includes a network of hiking and equestrian trails.

Along with others, Baum was the guiding force in an ad hoc organization for JCPRD called the Parks Initiative Group which assisted JCPRD in preserving greenspace and achieving increased funding for parks.

Baum was instrumental in the formulation of the Blue River Land Trust which is working to ensure the Blue River corridor is protected for future generations, and was also involved in land conservation efforts across the state of Kansas as a board member of The Nature Conservancy. Baum’s 500-acre farm in southeast Johnson County, known as Walnut Ridge, has been conserved in perpetuity with the development rights granted to The Nature Conservancy via a conservation easement.

Baum was also a patron and supporter of many other organizations throughout the metro area, including the Kansas City Symphony and its Mobile Music Box program, through which outdoor concerts were presented throughout the community, including in several JCPRD parks.